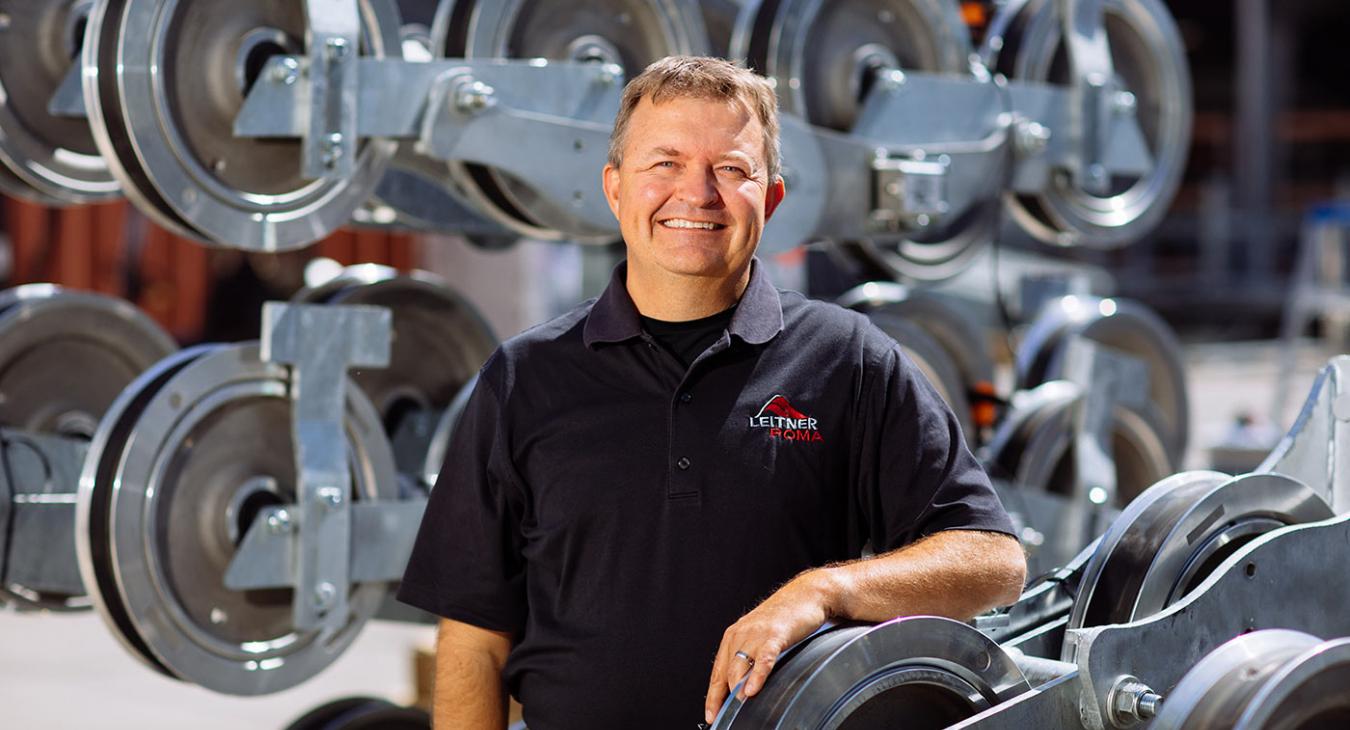 Lifelong ski and hospitality industry veteran, Daren Cole has been promoted to president of Leitner-Poma of America, an industry leader in cable transport systems. Cole brings more than 25 years of experience to the position including stints with some of North America’s largest ski resorts.

Cole will assume the role previously held by Rick Spear. Spear, who is retiring after a long and successful tenure with Poma and Leitner-Poma, will continue to serve on the board of directors. Spear started his career more than 40 years ago with Poma Aerial Tramways in Woodstock, VT . During his tenure with the company, Spear was also integral in the transfer in ownership and moving the North American headquarters to a new 90,000-square-foot 18 acre manufacturing facility in Grand Junction, Colo.

“It’s an industry that I love and to which I have dedicated much time and energy. It is time to move over and let younger minds and bodies take over. In total agreement with ownership I am scaling back and will be actively involved in strategic aspects of the company as a member of the board of directors with a focus on urban ropeways opportunities”, said Spear.”I know that I am leaving LPOA in good hands. Daren has shown a level of dedication and leadership to the company that will successfully transition into the future.”

Cole joined Leitner-Poma in 2014 in business development and quickly added strategic planning to his roster. He has been responsible for sales strategy and process that has led to an increase in sales including installation of groundbreaking lifts at Copper Mountain and Winter Park Ski Resort for the 2018/2019 season.

“I am honored to take the helm and serve our customers and our employees at Leitner-Poma,” said Cole. “The right equipment for the right job is the exact solution we provide. Our experienced and knowledgeable staff is unrivaled in the industry and I look forward to working with them to continue to move our company forward.”

Cole started his career at Purgatory Ski Resort as national sales manager and then was promoted to director of sales. He spent more than a decade with Vail Resorts in several sales and marketing positions. As vice president of sales and marketing at Crested Butte Mountain Resort, Cole increased skier visits by 10 percent, and both resort revenue and net promoter scores had double-digit increases. He then went on to lead Powderhorn Mountain Resort as general manager in charge of all resort operations. While running Powderhorn, he championed several key initiatives to impact the resort’s bottom line including a new point of sale system, a guest service training program as well as a new website and focus on social media.

Cole is a graduate of Colorado State University and resides in Grand Junction where he is an avid skier and enjoys the active lifestyle the area has to offer.

Winter sports technologies from one source